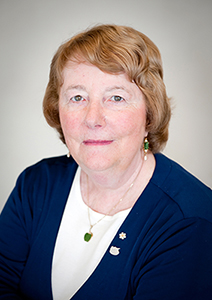 Monique Aubry Frize is a trailblazer who has demonstrated leadership and excellence in advancing gender equality in Canada and who has dedicated her life to achieving equality for women and girls. Monique's decades‐long career includes many firsts. She was the first Canadian woman to graduate from the University of Ottawa with a Bachelor of Applied Science in Engineering. She was also the first holder of the Northern Telecom/NSERC Women in Engineering Chair at the University of New Brunswick in Fredericton, which would become a key program for supporting and advancing women in engineering. Monique has published six books, including her memoirs in 2019 at the University of Ottawa Press.

Monique has always been passionate about giving back to the community. Throughout her career, she has actively promoted having women occupy leadership roles in engineering and science careers. She has published many papers and given hundreds of presentations on the topic. In addition, she has been a key champion of documenting and subsequently sharing the stories of women engineers’ and scientists’ achievements as well as being a role model for girls.

Monique has received several awards and honours, including her induction as a Fellow of the Canadian Academy of Engineering and as a Fellow of Engineers Canada, her appointment as an Officer of the Order of Canada, and several honorary doctorates. Many have benefited from Monique's dedication to equality for women and girls.

Watch a video of Monique talking about her work and what this award means to her. 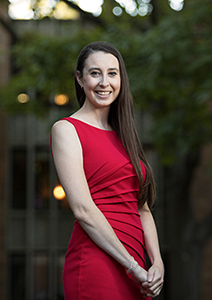 Caitlin is a passionate intersectional feminist advocate who is deeply committed to using the law as a tool for empowerment. In 2017, after facing significant barriers to reforming the sexual violence policy at Carleton University, Caitlin co-wrote the bilingual document OurTurn: A National, Student-Led Action Plan to End Campus Sexual Violence. This action plan was signed by more than 40 student unions across 8 provinces that represent over 600,000 students. It continues to be used today as a tool to advocate for survivor‑centric reforms of campus sexual violence policies across the country. She subsequently co-founded Students for Consent Culture Canada, the first national student-led campus sexual violence organization; it works with grassroots student leaders across the country to support them in their efforts to end campus sexual violence.

Caitlin is proud to have contributed to a lot of “firsts” in the field of campus sexual violence, including by drafting the first sexual violence policy for a Canadian student union (the Students’ Society of McGill University in 2018) and co-writing the first code of conduct for a major scholarship organization (the Rhodes Trust in 2020). As a result of her advocacy efforts, she has sat on the federal Advisory Council on Gender-Based Violence since 2018 and is its youngest member.

In addition to her work on campus sexual violence, she has also been actively involved with intersectional feminist and human-rights-related work through experiences with Oxfam Canada, the West Coast Legal Education and Action Fund, and the Bonavero Institute of Human Rights.

Caitlin believes the intersectional feminist movement can only progress if it is accessible to women as well as non-binary and Two Spirit individuals who live with disabilities. Accordingly, she is deeply involved in the disability community. She serves as an accessibility advisor to multiple charitable organizations and currently sits on the board of directors of the DisAbled Women’s Network (DAWN) Canada as well as her rare disease patient organization.

Caitlin completed a Bachelor of Arts in Transnational Law and Human Rights at Carleton University and graduate studies in law at the University of Oxford, where she studied as a Rhodes Scholar (Ontario, 2018).  She hopes to continue pursuing her passion for intersectional feminist research and advocacy as a lawyer.

Watch a video of Caitlin talking about her work and what this award means to her. 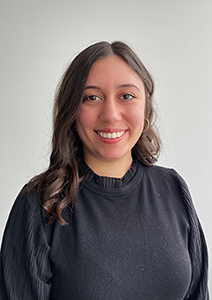 Carina Gabriele (she/her) is an education advocate, a feminist, and a policy specialist who is passionate about advancing gender equity. She holds a Master of Education in Education Policy from the University of Toronto and an Honours Bachelor of Arts in Women’s Studies and English from Western University. During her tenure as an elected executive officer of Western’s student union, Carina created Western’s Women in House program in collaboration with federal members of Parliament, designed and implemented a free menstrual equity pilot program on campus, and advocated against gender-based violence on campus. Professionally, Carina has worked on Courage to Act, a multi-year project to address and prevent gender-based violence on postsecondary campuses. She has also worked as a research and communications advisor for a Toronto city councillor. She presently works on federal policy issues, with a focus on equity and diversity. Outside of her work, Carina served as a Young Director in Fora’s Girls On Boards program. She presently serves as Vice-Chair of the Board at the Ontario Student Trustees’ Association (OSTA-AECO) and as a board member at People for Education.

Watch a video of Carina talking about her work and what this award means to her. 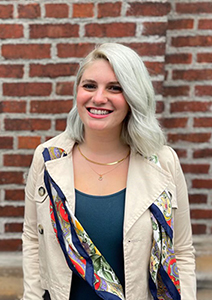 Bailey is a community-oriented, social-impact-driven leader in the non-profit sector. For over a decade, Bailey has been building the capacity of and enabling connections for emerging gender equality activists around the world.

Bailey has served in progressive leadership roles overseeing programming and advocacy at Fora – formerly G(irls)20 – since 2017. As the Director of Programs and Advocacy, she led three delegations to the G20 summits in Argentina, Japan, and Saudi Arabia. She was also the architect for the national Girls on Boards and Next Level programs, and she filled a critical gap in gender studies by advancing original, intersectional research about young women's leadership and economic inclusion. In 2020, she served as acting co-CEO and worked with the leadership team to pivot and ensure the sustainability of the organization’s programming through the disruptions caused by COVID-19.

Bailey is inspired by possibility; she is most comfortable working with ambiguity to develop processes, plans of action, and new approaches. She brings an intersectional and equity-first approach to her work – an approach supported by a deep understanding of current affairs, from social media to social movements.

Her career began in Tamale, Ghana, where she supported community organizers in building a regional network of youth leaders. It then led her to Impact Hub in Kuala Lumpur, Malaysia. She is naturally inclusive and collaborative, and these values underpin all her work, including in her previous role at the Samara Centre for Democracy and advisory roles at the Institute for Canadian Citizenship, DemocracyXchange, and Progress Toronto.

As an educator, Bailey leads workshops and training sessions related to gender, advocacy, and Gender-Based Analysis Plus (GBA Plus). In 2019, she had the joy of training 300 Canadian students on gender equality at the Prime Minister’s Youth Summit.

As an advocate, Bailey has represented Canada in the G20's women's engagement group (W20), advised the GBA+ Forum held by Women and Gender Equality Canada (WAGE), and facilitated negotiations with Canada's G7 youth engagement group. She has written for the Toronto Star, National Newswatch, and First Policy Response as well as appearing on CBC Radio and various podcasts.